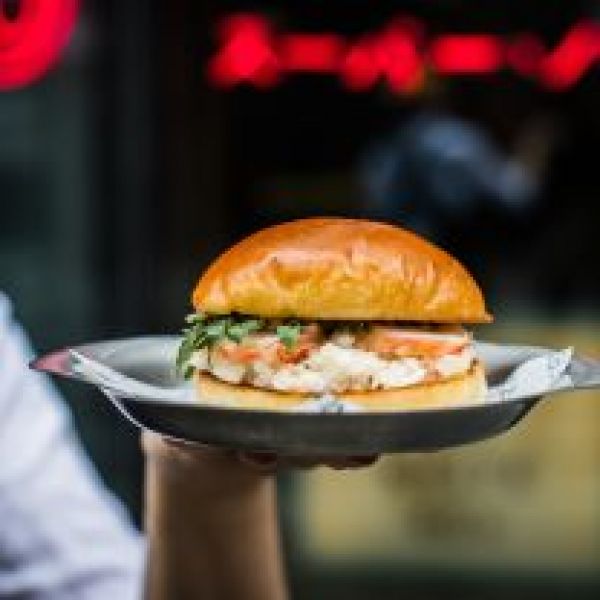 In the summer of 2013/14, Andrew McConnell launched the fun-times test kitchen Supernormal Canteen. The loud and lively eatery was packed nightly and was the free-wheeling precursor to the hugely successful Supernormal, Flinders Lane. In the winter of 2017, McConnell brought it back, and it is St Kilda's Fitzroy Street that gets to have all the Canteen fun.

Think casual good-times in a distinctly Tokyo setting while the delicious scent of yakitori smoke fills the air. The relaxed and versatile menu lends itself well to a quick snack or party pit-stop, or you can go all out and build a feast that might hero dumplings, cup noodles and fried school prawns alongside a selection of sticks (yakitori) and of course, the New England Lobster Roll.